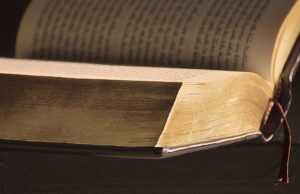 Riddles were a type of word puzzle that was widely used in ancient times both for entertainment and a test of wisdom. Bible riddles are questions that are based on scriptural information. It challenges the person on how they understand the Bible and God and also some common knowledge. Below is a wide array of Bible Riddles.

Why did Moses wander in the desert for 40 years?
Even then men wouldn’t ask for directions.
Who was the straightest man in the bible?
Joseph, because the Pharaoh made him a ruler.
Why do they say Amen at the end of a prayer instead of Awomen?
The same reason they sing Hymns instead of Hers!

Which area of Palestine was especially wealthy?
The area around Jordan. The banks were always overflowing.
Who was the best mathematician in the Bible?
Moses. He wrote the book of Numbers.
Who was the fastest runner in the Bible?
Adam. He was first in the human race
Who was the most flagrant lawbreaker in the Bible?
Moses, because he broke all 10 commandments at once.
Why shouldn’t Christians watch TV?
At the transfiguration, Jesus said, “Tell the vision to no one.”
How do we know Peter was a rich fisherman?
By his net income.
Why won’t we drink milk in the new world?
Because, at Armageddon, there will be udder destruction.
What did Adam say the night before Christmas?
It’s Christmas, Eve.
Who is the greatest babysitter mentioned in the Bible?
David, he rocked Goliath to sleep.
Where is the first mention of insurance in the Bible?
When Adam and Eve needed more coverage.
When was the first tennis match in the Bible?
When Joseph served in Pharaoh’s court.
After the flood, how many people left the ark ahead of Noah?
Three. Because the Bible says that Noah went forth out of the ark.
The ark was built in 3 stories and the top story had a window to let light in, but how did they get light to the bottom two stories?
They used floodlights.
Did Eve ever have a date with Adam?
No, just an apple.
What was the last thing Noah said before he entered the Ark?
So long Fellers!
Why didn’t Jonah trust the ocean?
He knew there was something fishy about it.
How long did Cain hate his brother?
As long as he was Abel.
Which Bible character had no parents?
Joshua, son of Nun
Where is the first math problem mentioned in the Bible?
When God told Adam and Eve to go forth and multiply.
Where is the medicine first mentioned in the Bible?
When God gave Moses two tablets.
Why did God create man before woman?
He didn’t want any advice
Who was older, David or Goliath?
David must have been because he rocked Goliath to sleep.
How many of each animal did Moses bring on his arc?
Moses did not have an arc, Noah did.
Three times I have been divided
doing what God had decided.
Twice a garment was the tool
that led me to obey God’s rule.
I was the threshold of new things
and the limit of many kings.
Once God’s son I did embrace.
Once the ark stood in my place.
Never have I walked the ground,
nor in the heavens was I found.
What am I?

You have reached the end of the road and  I hope you, your friends, or family had been enjoyed and be riddled into the compiled Bible Riddles.

Guessing riddles is fun, and you can do it anywhere. Use this activity to stimulate your mind and your funny bone – be sure to have a go at the rest of our riddles.