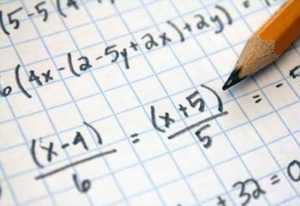 Numbers are something we learn as children. These are important since many of the world’s questions can actually answered with math. Math is very important in our world, without it we would not have such a great society we have. For all those who love math, I would like to present these amazing math riddles. What are you waiting for, go ahead and try to solve them.

Dan deals himself and his friend Mark some cards from a deck of cards (not the same amount). If Mark gives Dan some cards Dan will have 4 times as many cards as Mark If Dan gives Mark the same number of cards he will have 3 times as many cards as Mark.
How many cards does each man have and how many cards do they trade?
Dan has 31 cards, Mark has 9, and they trade 1 card.
What did one math book say to the other?
Don’t bother me I’ve got my own problems!
A merchant can place 8 large boxes or 10 small boxes into a carton for shipping. In one shipment, he sent a total of 96 boxes. If there are more large boxes than small boxes, how many cartons did he ship?
11 cartons total
7 large boxes (7 * 8 = 56 boxes)
4 small boxes (4 10 = 40 boxes
11 total cartons and 96 boxes.
There are several books on a bookshelf. If one book is the 4th from the left and 6th from the right, how many books are on the shelf?
9 books.
What is the smallest three digit palindrome divisible by 18? Can you solve this without a brute force examination of possibilities?
The answer for this math riddle is 252.
If you have 30 white socks, 22 black socks, and 14 blue socks scattered across the floor in the dark, how many would you have to grab to get a matching pair?
4. Once you grab 4 you will definitely have 2 of the same color.
Five pirates are parting ways after finding a treasure of 100 pieces of gold. The pirates decide to split it based on a vote. Each pirate, from oldest to youngest, gets to propose a plan on how to split the gold.
If at least 50 percent of the other remaining pirates agree on the plan, that is how they will split the gold. If less than 50 percent of the pirates agree, the pirate who came up with the plan will be thrown overboard. Each pirate is smart, greedy, and wants to throw as many others overboard as possible without reducing the amount of gold they get.
What plan can the first (oldest) pirate propose to live and get as much gold as possible?
He can propose a plan that he gets 98 pieces of gold, the 3rd pirate gets 1 piece, and the 5th pirate gets 1 as well.
If there were just 2 pirates the younger pirate would definitely deny the plan so he could get all of the gold.
If there were 3 pirates the first pirate can offer the second pirate 1 piece of gold and take the rest himself because the second pirate wouldn’t get anything if he has to propose a plan himself.
If there were 4 pirates the first pirate could take 99 for himself and offer 1 to the youngest pirate. They would both agree. If the youngest disagrees then he won’t get any gold in the next plan.
So when there are 5 pirates it is in the interest of the 3rd and 5th pirate to accept 1 piece, because if they don’t they won’t get anything in the next plan.

Can you solve all the Math riddles

Using only addition, how can you add eight 8's to get the number 1,000?
888 +88 +8 +8 +8 =1,000
Does a ton of feathers or a ton of bricks weigh more?
They both weigh a ton.
As I was going to St. Ives,
I met a man with seven wives,
Each wife had seven sacks,
Each sack had seven cats,
Each cat had seven kits:
Kits, cats, sacks, and wives,
How many were there going to St. Ives?
The answer is 1. The only person that is assumed to be going to St. Ives is the narrator. But the following answers can be found if looking at the question in other ambiguous ways: 2802, 2800, 0, 2, 2753, 7, and 9.
What 3 positive numbers give the same result when multiplied and added together?
1, 2, and 3.
There are 100 passengers boarding a 100 passenger airplane. When passenger 1 gets onto the plane, he is dissoriented, so he randomly picks a seat. Each of the remaining passengers (2, 3, 4, etc.) get onto the plane and take their seat if it is available or picks one of the remaining seats at random if it is not.
What is the chance that the last passenger (passenger 100) will get his seat?
There is a 50 percent chance.
When the last passenger gets on seats 2 – 99 will be taken for sure. Each of these passengers would take their seats if they were available, so the only seat remaining at the end would be 1 or 100. So there is a 50 percent chance that passenger 100 would get seat 100.
Little Dan is walking home. He has $300 he has to bring home to his mom. While he is walking a man stops him and gives him a chance to double his money. The man says I'll give you $600 if you can roll 1 die and get a 4 or above, you can roll 2 dice and get a 5 or 6 on at least one of them, or you can roll 3 dice and get a 6 on at least on die. If you don't I get your $300.
What does Dan do to have the best chance of getting home with the money?
He just doesn’t take the bet. This gives him a 100 percent chance of getting the money home. If he takes the bet with 1 die he has a 50 percent chance of winning. If he takes the bet with 2 dice he has about a 56 percent chance of winning. If he takes the bet with 3 dice he has about a 42 percent chance of winning.
What's the angle between minute hand and hour hand at a quarter past three?
7.5 degrees.The minute hand is pointing directly at the ‘3’. The hour hand is 1/4 of the way between the ‘3’ and ‘4’. Since there are 12 numbers the angle between each number is 30 degrees. So the angle between the hands are 30 degrees * 1/4 = 7.5 degrees.
There are two ropes that both take exactly 1 hour to burn from end to end. You are unable to cut the rope. How can you burn the two ropes in a total of 45 minutes?
Start one of the ropes on fire from both ends and the other one from one end. After a half an hour one rope will be completely burnt and the other will be half burnt. At this point you light the final rope from the unlit side and it will take 15 minutes for the remaining half of the rope to burn, for a total of 45 minutes.
There are 100 coins scattered in a dark room. 90 have heads facing up and 10 are facing tails up. You cannot tell which coins are which. How do you sort the coins into two piles that contain the same number of tails up coins?
The piles don’t need to be the same size, so make a pile of 10 coins and a pile of 90 coins, flip all of the ten coins and it is guaranteed that the piles have the same number of tails.
Replace the question mark with mathematical symbols to make this equation work:
7 ? 7 ? 77 ? 7 ? 7 = 497
7 + 77 * 7 – 7 * 7 = 497.
A rat is placed at the beginning of a maze and must make it to the end. There are four paths at the start that he has an equal chance of taking: path A takes 5 minutes and leads to the end, path B takes 8 minutes and leads to the start, path C takes 3 minutes and leads to the end, and path D takes 2 minutes and leads to the start.
What is the expected amount of time it will take for the rat to finish the maze?
9 minutes. Each path has an equal chance of occurring and if B or D are chosen they will just add 8 or 2 minutes to the time because the rat must restart the maze: time = (1/4)*5 + (1/4)*(8 + time) + (1/4)*(3) + (1/4)*(2 + time). Time = 9 minutes.

Good for you, you made it to the end. Did you solve all of the math riddles? If so great job. I hope you like this category. I will of course add more math riddles if there is demand for them. In the meantime, I would like to direct your attention to all the other categories with riddles we have on this page. We also include jokes, quotes, insults and pickup lines. Have a good day.