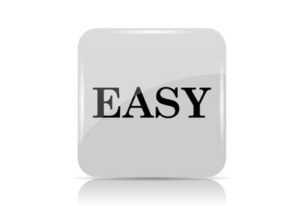 Need an easy challenge and love riddles? Or in need of some riddles for kids? Then you’ve come to the right place. This category contains a long list of easy riddles for you or your kids to try their problem solving skills with. You’ll get an easy way to entertain other people and tickle the brain without giving too many double or hidden meaning in its answers. These riddles are not just great for kids, but also any people you may want to share these with. Whatever the situation, these riddles can be a great way to pass time and keep the kids occupied.

Easy to guess and easy to remember. Do you need a tougher challenge though? Other than riddles for kids, we also have riddles for teens and adults plus hard riddles if you are interested.  We also have many other categories you can look at ranging from math riddles to nature riddles and more.

How do you make the number one disappear?
Add the letter ‘G’ and it’s Gone.
It’s been around for millions of years, but it’s no more than a month old. What is it?
The moon.
What has a neck but no head?
A bottle.
Everyone has it and no one can lose it, what is it?
A shadow.
What comes down but never goes up?
Rain.
What goes up and doesn’t come back down?
Your age.
What type of cheese is made backwards?
Edam.
What has to be broken before you can use it?
An egg.
What has one eye but can’t see?
A needle.
What is the easiest way to double your money?
Put it in front of the mirror of course!
How many months of the year have 28 days?
All of them!
Which moves faster? Heat or Cold?
Heat! Because many catches cold but cannot catch heat.
What is as light as a feather but even the strongest man in the world can’t hold it for long?
His breath.
There is a special kind of fish that can never swim. What is that?
A dead fish.
If you took two apples from three apples, how many are left?
Two apples – the two that you took.
What is four letter word that can be written forward, backward, or upside down, but can still be read from left to right?
Noon.
I'm the most slippery country in the world. Tell what am I?
Greece.
What stays where it is when it goes off?
An alarm clock.
A man is out in the rain with no umbrella or a hat but doesn't get a single hair on his head wet. How?
He’s bald.
A woman in a car saw a Bronze door, Silver Door and a Golden Door! Which door did she open first?
She opened the car door first.
Where does one take a sick boat to?
To the dock.
What is something you can catch but never throw?
A cold.
What is moving left to right at this moment?
Your eyes.

I don’t have eyes, ears, nose and tongue, but I can see, smell, hear and taste everything. What am I?
A brain.
What needs an answer but doesn’t ask a question?
A telephone.
I’m the end of the colourful rainbow. What am I?
The letter “W”.
What has hands but can’t clap?
A clock.
I have no life, but I can die, what am I?
A battery.
Which letter of the alphabet has the most water?
The ‘C’.
What happens to a stone when dropped into the Red Sea?
It sinks.
What are two words when added together, have the most letters?
The Post Office.
People buy me to eat, but never eat me. What am I?
A plate.
What gets bigger and bigger the more you take away from it?
A hole.
We are a family of 12 members. I am the second. I am also the youngest in our family. Who am I?
February. A year has 12 months and February is the second month.
Poor people have it. Rich people need it. If you eat it you die. What is it?
Nothing.
How many apples can you put in an empty box?
None. When you put an apple, it no longer remains empty!
Spoiler title
The doctors are Robert’s sisters.
What word is spelled wrong in all the dictionaries?
Wrong.
What did the zero say to the number eight?
They said “Nice belt!”
What building has more and more stories than any story book?
A Library.
Forward I am heavy, but backward I am not. What am I?
Ton.
How many apples grow on a tree?
All apples grow on trees only!
What goes up and down but never moves?
The temperature.
What kind of cup doesn't hold water?
A cupcake.
What goes around the world but never leaves its corner?
A stamp.
What you can put in a heavy wooden box that can make it weigh lighter?
Holes!
The more you take, the more you leave behind. What are they?
Footsteps.
It is just something that everybody does at the same time! What is that?
Grow older.
If I have it, I don’t share it. If I share it, I don’t have it. What is it?
A secret.
It always becomes white when it becomes dirty! What is it?
A black board.
What occurs once in a minute, twice in a moment and never in one thousand years?
The letter ‘M’.
What always ends everything?
The letter “G”.
What type of band never plays music?
A rubber band.
What belongs to you but is used more by others?
Your name.
You always serve it, but nobody can ever eat it. What is that?
A tennis ball.
What can be as big as an elephant but weigh nothing?
Its shadow.
What can can you grab with your left hand but not your right?
You can touch your left elbow with a right hand but not your right elbow.”
It can fill a room without occupying space. What is that?
Light.
What has one head, one foot and four legs?
A bed.
What is the last thing you take off before heading to bed?
Your feet off the floor.
It has only two bones, but there are 1000s of ribs! What is that?
Railway track.
It's the one thing you can't put in a saucepan
The lid.
A railroad crossing without any cars. What word can be spelt without any 'R's'.
T-H-A-T.
The one who made it didn’t want it. The one who bought it didn’t need it. The one who used it never saw it. What is it?
A coffin.
A group of bunnies were having a birthday party. What kind of music was playing?
Hip hop music.
I am a pearl white chest with no hinges or a key but hold a golden treasure inside. What am I?
An egg.
The dictionary has only one word spelt wrong. What is it?
The word “wrong”.
Ms. Blue lives in a blue house, Mr. Brown lives in the brown house and Mr. Orange lives in the orange house. Who do you think lives in the white house?
The President.
What kind of coat can you only put on when it’s wet?
A coat of paint.
What happens when you throw a blue rock into the yellow sea?
It will sink.
If it takes one man three days to dig a hole, how long does it take two men to dig half a hole?
You can’t dig half a hole!
Which tree can you carry in your hand?
A palm.
The more you have of it, the less you see. What is it?
Darkness.
It has four fingers and a thumb but isn't alive. What is it?
A glove.
A yellow house is made out of yellow bricks and a red house is made out of red bricks – so what is a green house made up of?
Glass.
David’s father had three sons – Jack, Joe and …?
Joe.
Two fathers and two sons went fishing one day and only caught three fish. One father said this was enough fish for each of them. How is that possible?
There were only three men, a grandfather with his son and his son’s son.
Suppose you walk into a dark room. You have with you a kerosene lamp, a match, and a candle. Which would you light first?
The Match, of course!
If you were in a race and passed the person in 2nd place, what place would you be in?
2nd.
Which item weighs more, a kilo of bricks or a kilo of feathers?
They both weigh the same as both of them weigh one kilo.
A man just turned 25 but died of old age. How is this possible?
His birthday was on February 29.
What do you throw out when you want to use it, but take in when you don’t want to use it?
An anchor.
Why did the man decide to bury his flashlight?
Because, the batteries were dead.

Can you solve all the Easy riddles?

You wont find any easy riddles elsewhere. While these easy riddles are not all completely riddles for kids, you and your family can enjoy them along with anyone you may want to share this. The children will love them, cause they can guess many of them, and if not, they will find the answers for the riddles funny. They can also be a great way to occupy you and your family’s time during any road trip or vacation. If you want to explore other riddles we have, we also offer other kinds of brain teasers and riddles for you to explore including logic riddles, math riddles, and even funny riddles! We have plenty of fun type of riddles you can solve along with multiple quotes from the best stories to enjoy.

Who knows! Maybe the next time you visit, we’ll find new ways to make our riddles for kids more fun and challenging, even if they are easy riddles with answers.