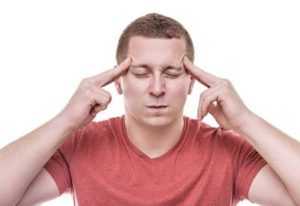 We have a challenge for you, and the challenge is these difficult riddles. There is a solution to every riddle, but the solution is hidden. Try to solve the riddles without looking at the solution and see how many you can solve without help. I wish you good luck, some of them require a cunning way of thinking.

What is black when you buy it, red when you use it, and gray when you throw it away?
Charcoal.
I have keys but no locks. I have a space but no room. You can enter, but can’t go outside. What am I?
A Keyboard.
What flies when it’s born, lies when it’s alive, and runs when it’s dead?
A Snow Flake.
You have been given the task of transporting 3,000 apples 1,000 miles from Appleland to Bananaville. Your truck can carry 1,000 apples at a time. Every time you travel a mile towards Bananaville you must pay a tax of 1 apple but you pay nothing when going in the other direction (towards Appleland).
What is highest number of apples you can get to Bananaville?
833 apples.
Step one: First you want to make 3 trips of 1,000 apples 333 miles. You will be left with 2,001 apples and 667 miles to go.
Step two: Next you want to take 2 trips of 1,000 apples 500 miles. You will be left with 1,000 apples and 167 miles to go (you have to leave an apple behind).
Step three: Finally, you travel the last 167 miles with one load of 1,000 apples and are left with 833 apples in Bananaville.
I can only live where there is light, but I die if the light shines on me. What am I?
A Shadow.
What is it that when you take away the whole, you still have some left over?
Wholesome!
Every night I’m told what to do, and each morning I do what i’m told. But I still don’t escape your scold.
An Alarm Clock.
When my first is a task to a young girl of spirit,
And my second confines her to finish the piece,
How hard is her fate! But how great is her merit
If by taking my whole she effects her release!
Hem-lock.
I am a mother and a father, but have never given birth. I’m rarely still, but I never wander. What am I?
Tree.
Jack has 8 bricks 7 of them weights the same amount and one is slightly heavier. Using a balance scale, how can Jack find the heavier brick in two weighings?
First he split them in to piles of 3, 3, and 2 bricks. Then he weighs both groups of 3 with each other. If they balance he knows the brick is one of the 2 unweighed bricks and he can weigh them to find the heaver one. If the the stacks of 3 bricks do not balance, he will weigh 2 of the 3 bricks. If they balance he will know the brick left unweighed is heavier, or if they do not balance, he will find the heavier one.
We hurt without moving. We poison without touching. We bear the truth and the lies. We are not to be judged by our size. What are we?
Words.
A fast food restaurant sells chicken in orders of 6, 9, and 20.
What is the largest number of pieces of chicken you cannot order from this restaurant?
After 6 all numbers divisible by 3 can be ordered (because they can all be expressed as a sum of 6’s and 9’s). After 26, all numbers divisible by three when subtracted by 20 can be obtained. After 46, all numbers divisible by three when subtracted by 40 can be obtained. After 46, all numbers fit into one of these 3 categories, so all numbers can be obtained. 43 is the last number that doesn’t fall into one of these categories (44 = 20 + 6 * 4, 45 = 6 * 6 + 9).
This old one runs forever, but never moves at all. He has not lungs nor throat, but still a mighty roaring call. What is it?
A Waterfall.
There was a man who was born before his father, killed his mother, and married his sister. Yet, there was nothing wrong with what he had done. Why?
His father was in front of him when he was born, therefore he was born before him. His mother died while giving birth to him. Finally, he grew up to be a minister and married his sister at her ceremony.
What question can you never answer yes to?
Are you asleep yet?

Did you know you could find an entire section on time riddles here on the-quotes.com.

If it's information you seek, come and see me.
If it's pairs of letters you need, I have consecutively three.
Who am I?
A bookkeeper.
What do you get if you put a radio in the fridge?
Cool music.
The 22nd and 24th presidents of the United States of America had the same parents, but were not brothers. How can this be possible?
They were the same man. Grover Cleveland served two terms as president of the UnitedStates, but the terms were not consecutive.
A man is lying dead with a backpack on, face down in the desert. What happened?
The man jumped out of a plane over a desert, but his parachute failed to open.
Why is a raven like a writing desk?
Edgar Allan Poe wrote on both of them.
I am taken from a mine, and shut up in a wooden case, from which I am never released and yet I am used by almost everybody. What am I?
Pencil lead.
The answer I give is yes, but what I mean is no. What was the question?
Do you mind?
My whole is one of the united states. What am I?
Matrimony (mat rye money). Which is certainly a united state!
A clock chimes 5 times in 4 seconds. How many times will it chime in 10 seconds?
11 times. It chimes at zero and then once every second for 10 seconds.
A very famous chemist was found murdered in his kitchen today. The police have narrowed it down to six suspects. They know it was a two man job. Their names: Felice, Maxwell, Archibald, Nicolas, Jordan, and Xavier.
A note was also found with the body: '26-3-58/28-27-57-16'.
Who are the killers?
Felice and Nicholas are the murderers. The numbers correspond to atomic numbers on the periodic table of elements: ‘Fe-Li-Ce/Ni-Co-La-S’
I'm the part of the bird that's not in the sky. I can swim in the ocean and yet remain dry. What am I?
A shadow.
Smell me, buy me, and deliver me.
I won't change.
What am I?
Cent, scent, and sent.
I am weightless, but you can see me. Put me in a bucket, and I'll make it lighter. What am I?
A hole.
A man is found dead in a phone booth in a pool of blood. The glass on either end of the phone booth is broken and the phone is hanging. Just outside of the phone booth is a bucket and a stick.
What happened?
The man was a fisherman and was telling somebody on the phone about the large fish he caught. When he used his hands to gesture how big the fish was he hit the glass breaking it and cutting himself.
Different lights do make me strange, thus into different sizes I will change. What am I?
I am the pupil of an eye.
Two girls ate dinner together. They both ordered ice tea. One girl drank them very fast and drank five of them in the time it took the other to drink one. The girl who drank one died while the other survived. All of the drinks were poisoned.
Why did the girl that drank more ice tea survive?
The poison was in the middle of the ice. So it never did melt.

Who is it that rows quickly with four oars but never comes out from under his own roof?
A Turtle.
What is he that builds stronger than either the mason, the shipwright, or the carpenter?
The gravedigger, for his houses will last forever.
What is it that is deaf, dumb and blind and always tells the truth?
A Mirror.
A natural state, I'm sought by all.
Go without me, and you shall fall.
You do me when you spend, and use me when you eat to no end.
What am I?
Balance.
I have many feathers to help me fly. I have a body and head, but I'm not alive. It is your strength which determines how far I go. You can hold me in your hand, but I'm never thrown. What am I?
An Arrow.
You have a large number of friends coming over and they all get thirsty. Your first friend asks for 1/2 a cup of water. Your second friend asks for 1/4 a cup of water. Your third friend asks for 1/8 a cup of water, etc.How many cups of water do you need to serve your friends?
Just one. If your friends kept asking for water like this forever one cup would be enough.
If you break me I do not stop working, If you touch me I may be snared, If you lose me Nothing will matter. What Am I?
Your heart.
A town only has one barber (he is male). The barber only shaves all of the people who do not shave themselves.
So who shaves the barber?
It’s a paradox, if he shaves himself then the second sentence would be false because he only shaves those who do not shave themselves. If he does not shave himself, then according to the second statement he must shave himself.
I am a box that holds keys without locks, yet they can unlock your soul. What am I?
A Piano.
Alone I am 24th, with a friend I am 20. Another friend and I am unclean. What am I?
The letter ‘x’. It is the 24th letter of the alphabet, XX in Roman numerals is 20, and XXX is a label for movies that are very inappropriate (unclean).
You can carry it everywhere you go, and it does not get heavy. What is it?
Your name.

Did you solve alla the difficult riddles?

Well done. You’ve been through all the riddles, do you think that they have been difficult? And could you solve them all without looking at the solutions? If you enjoyed these riddles, feel free to write how many you solved without help in the comments box at the bottom. If you know of some difficult puzzles you think will fit in this category, please submit themself.