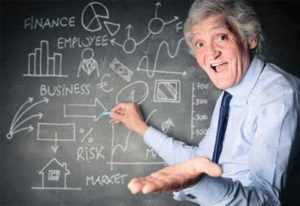 Do you need some tougher riddles? Here is a list of clever riddles you can try out. Try to see how many you can solve without peeking at the the answers. It’s always good to Exercising the brain once in a while. It may well be you become frustrated because some of these riddles can be somewhat difficult. Good luck.

What do you call an Amish guy with his hand in a horse’s mouth?
A mechanic.
What came first, the chicken or the egg?
Dinosaurs laid eggs much before evolution of chicken.
I travel all over the world, but always stay in my corner. What am I?
A stamp.
My scale is something that does not weigh in grams, ounces, or pounds. However, I may be heavy or light. What am I?
Music Scales.
What did the Tin Man say when he got run over by a steamroller?
“Curses! Foil again!”
How many of each animal did Moses have on his ark?
None, Moses didn’t have an ark!
Spell Indian tent with two letters.
TP.
There was this competition where the contestants had to hold 'something'. At the end of the event, the winner was a person who was physically disabled (he had no hands and no any feet)! What was that 'something'?
Breath.
How far can a fox run into a grove?
Only halfway—then he’s running out of it!
How many bananas can you eat if your stomach is empty?
Just one—after that, it’s not empty anymore.
A man and a dog were going down the street. The man rode, yet walked. What was the dog's name?
Yet.
How many seconds are there in one year?
12 of them: January 2nd, February 2nd, March 2nd, April 2nd, May 2nd, June 2nd, July 2nd, August 2nd, September 2nd, October 2nd, November 2nd, December 2nd.
Which vehicle is spelled the same forwards and backwards?
Racecar.
With pointed fangs I sit and wait; with piercing force I crunch out fate; grabbing victims, proclaiming might; physically joining with a single bite. What am I?
A stapler.
What kind of coat is always wet when you put it on?
A coat of paint.

More of the Clever riddles with answers

Here you get more clever riddles for adults as well as for smart teens.

What is the eleven letter word that all Yale graduates spell incorrectly?
Incorrectly.
What do you call a bear without an ear?
A “b”.
You're in a dark cave with only one match, a lump of coal, a stove, and a kerosene lamp. You have the option of lighting one. Which do you light first?
You light the match first, of course.
What has 13 hearts, but no other organs?
A deck of playing cards.
Bruce owns a pet store. He puts one canary per cage, but has one bird too many. If he puts two canaries in each cage, he has one cage too many. How many cages and canaries does he have?
Bruce has 3 cages and 4 canaries.
A man rode in to town on Tuesday, and left two days later on Tuesday. How so?
His horse is named Tuesday!
Without it, I'm dead. If I'm not, then then I'm behind. What am I?
Ahead.
Where is the ocean the deepest?
On the bottom!
A farmer is trying to cross a river with a bag of corn, a hen, and a fox. The farmer's boat is only big enough to take himself and one other item per trip. The hen cannot be left alone with the corn or she will eat it. Likewise the fox cannot be left with the hen, or the hen will be eaten. How does the farmer get all three items across the river?
The farmer takes the hen across first, and leaves her on the other bank. Next, he comes back, loads the fox onto his boat, and takes him back across the river. He drops off the fox on the opposite bank, picks up the hen, and brings her back to the original bank. He swaps the hen for the corn, and returns to the far bank with the corn – leaving it with the fox. Then, he returns once more to the original bank to get the hen. Once he brings her across, all four are happy to be on the other side!
Why did the boy throw a bucket out the window?
He wanted to see the waterfall.
What number comes next in the following sequence? 2 4 8 10 20 _
22 (the sequence alternates +2, x2).
Why was the chef embarrassed?
Because he saw the salad dressing!
What letter comes next in the following sequence? D R M F S L T _
D – each letter represents one note in the diatonic musical scale: Do, Re, Mi, Fa, Sol, La, Ti, Do.
Why is the letter A the most like a flower?
Because the B is after it.
What's full of holes but can still hold water?
A sponge.
What do you break before you use it?
An egg!
How many times can you subtract the number two from the number fifty?
Once. After that, you’d be subtracting from 48.
What do pandas have that no other animal has?
Baby pandas!
Can you think of a common word that contains double C, double S and double L? Can you think of a second one?
Successfully. Unsuccessfully.
Which is the most curious letter?
Y?
Johnny's Mother had three children. The first child was named April. The second child was named May. What was the third child’s name?
Johnny.
What are two things you wouldn’t eat after waking up?
Lunch and dinner.
In British Columbia you cannot take a picture of a man with a wooden leg. Why not?
You can’t take a picture with a wooden leg; you need a camera.
Why is the number 8549176320 so unique.
All numbers(0-9) appears in alphabetical order and once.

Here are even more funny and clever riddles. Do you have any witty riddles or others we would love to hear from you. Now to the riddles:

Why did the boy throw butter out the window?
He wanted to see the butterfly.
There is a certain crime, that if it is attempted, is punishable, but if it is committed, is not punishable. What is the crime?
Suicide.
Why can’t someone living in Maine be buried in Florida?
Because he’s still living!
What belongs to you but other people use it more than you.
Your name.
What did zero say to eight?
Nice belt.
Why did the boy throw his watch out the window?
He wanted to see time fly.
What kind of cheese is made backwards?
Edam.
Which month has 28 days?
All of them!
What starts with a P, ends with an E, and has thousands of letters?
The Post Office!
What five-letter word becomes shorter when you add two letters to it?
Short!
What word begins and ends with an E, but only has one letter?
Envelope!
What is easy to get into, but hard to get out of?
Trouble.
What do you throw out when you want to use it, but take in when you don’t want to use it?
An anchor.
Poor people have it. Rich people need it. If you eat it, you’ll die. What is it?
Nothing!
I have a head but no body, a heart but no blood. Just leaves and no branches, I grow without wood. What am I?
Lettuce!
A man is pushing his car along, and when he comes to a hotel he shouts, “I’m bankrupt!” Why?
He’s playing Monopoly.
What only gets wetter the more it dries?
A towel!
I am the beginning of the end, and the end of time and space. I am essential to creation, and I surround every place. Who am I?
The letter E.
The man who made it doesn’t want it. The man who bought it doesn’t need it. The man who needs it doesn’t know it. What am I talking about?
A coffin.
If a red-house is made of red bricks, has a red wooden door, and a red roof, and a yellow-house is made of yellow bricks, has a yellow wooden door, and a yellow roof, then what is a green-house made of?
Glass.
What can run, but never walks? Has a mouth, but never talks? Has a head, but never weeps? Has a bed, but never sleeps?
A river.
What does December have that other months don’t have?
The letter D.
Yellow I look and massive I weigh. In the morning I come to brighten your day. What am I?
A school bus.

Clever Riddles for kids on Video

Below you get 25 tricky and clever riddles for kids:

I hope you liked these clever riddles and solve most of them. If you think they are too hard or too easy, write to me, and I will place them in other categories. If you believe you have some riddles that will perfectly fit this category, submit them. You can do this through our contact form in the main menu called “submit”.

Remember that we have many other good riddles you can try to solve.