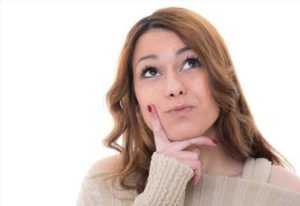 Well, here we are. The list with some of the best riddles out there. We have tried to make this list from the riddles that are used the most and people like. If you have some good riddles you think will suit this list, then please submit them. I’m trying to make this website available to everyone, so we all can enjoy and share with others.

A man was driving a black truck. His lights were not on. The moon was not out. A lady was crossing the street. How did the man see her?
It was a bright, sunny day.
What asks but never answers?
An owl!
What's black when you get it, red when you use it, and white when you're done with it?
Charcoal.
How far can you run into the woods?
Half way. If you go in any further, you’d be running out of the woods.
There was a green house. Inside the green house there was a white house. Inside the white house there was a red house. Inside the red house there were lots of babies. What is it?
Watermelon.
Take off my skin - I won't cry, but you will! What am I?
An onion.
Why did the golfer change his socks?
He had a hole-in-one.
A man started to town with a fox, a goose, and a sack of corn. He came to a stream which he had to cross in a tiny boat. He could only take one across at a time. He could not leave the fox alone with the goose or the goose alone with the corn. How did he get them all safely over the stream?
He took the goose over first and came back. Then, he took the fox across and brought the goose back. Next, he took the corn over. He came back alone and took the goose.
What has a tongue, cannot walk, but gets around a lot?
A shoe!
Johnny ‘s mother had three children. The first child was named April The second child was named May. What was the third child ‘s name?
Johnny of course.
I am the beginning of the end, and the end of time and space.
I am essential to creation, and I surround every place.
The letter “E”.
What has rivers with no water, forests but no trees and cities with no buildings?
A map!
There is a clerk at the butcher shop, he is five feet ten inches tall, and he wears size 13 sneakers. What does he weigh?
Meat.
I can run but not walk. Whereever I go, thought follows me close behind?
A nose.
Imagine you are in a dark room. How do you get out?
Stop imagining.

Many more of Best riddles

Almost everyone needs it, asks for it, gives it, but almost nobody takes it. What is it?
Advice.
Two men are in a desert. They both have packs on. One of the guys is dead. The guy who is alive has his pack open, the guy who is dead has his pack closed. What is in the pack?
A parachute!
A man is pushing his car along the road when he comes to a hotel. He shouts, 'I'm bankrupt!' Why?
He was playing Monopoly.
Before Mt. Everest was discovered, what was the highest mountain in the world?
Mt. Everest; it just wasn ‘t discovered yet.
What always runs but never walks, often murmurs, never talks, has a bed but never sleeps, has a mouth but never eats?
River.
If you are running a race, and you pass the person in second, what place are you in?
Second place.
How much dirt is there in a hole that measures two feet by three feet by four feet?
There is no dirt in a hole.
What runs around the whole yard without moving?
A fence.
What gets wet when drying?
A towel.
You answer me, but I never ask you a question. What am I?
A telephone.
I dig out tiny caves, and store gold and silver in them. I also build bridges of silver and make crowns of gold. They are the smallest you could imagine. Sooner or later everybody needs my help, yet many people are afraid to let me help them. Who am I?
The dentist!
What word in the English Language is always spelled incorrectly?
Incorrectly.
What invention lets you look right through a wall?
A window.
It's red, blue, purple and green.
No one can reach it, not even the queen.
Rainbow.
What do Japanese people wear to bed?
Tea-shirts.
Forward I am heavy, but backward I am not. What am I?
Forward I am ton, backwards I am not.
Some months have 30 days, and some months have 31 days. How many have 28?
All of them.
What starts with 'e,' ends with 'e,' and contains one letter?
An envelope!
I can be cracked. I can be made. I can be told. I can be played. What am I?
A joke.
Billy was born on December 28th , yet his birthday is always in the summer. How is this possible?
Billy lives in the Southern Hemisphere.
What always comes into a house through the keyhole?
A key.
What can you get arrested for for attempting but not for committing?
Suicide!
In California , you cannot take a picture of a man with a wooden leg. Why not?
You can’t take pictures with a wooden leg. You need a camera to take pictures.
If there are three apples and you take two away, how many apples do you have?
You took two apples away, so you now have two of them.
Each morning I appear to lie at your feet.
All day I will follow no matter how fast you run, yet I nearly perish in the midday sun.
Shadow.
How many animals did Moses take on the ark? Moses didn’t take anything on the ark.
Noah did!
Which is correct to say, “The yolk of the egg are white” or “The yolk of the egg is white”?
Neither, the yolk of the egg is yellow.
The one who makes it always sells it.
The one who buys it never uses it.
The one who uses it never knows he's using it.
Coffin.
If you look at the number on my face you won't find thirteen anyplace.
A clock.
When you don't have me, you want me, but when you do have me, you want to give me away. What am I?
A job!
Where do bedtime books sleep?
Under their covers.
If a farmer has 5 haystacks in one field and 4 haystacks in the other field, how many haystacks would he have if he combined them all in another field?
One. If he combines all of his haystacks, they all become one big one.
If six children and two dogs were under an umbrella, how come none of them got wet?
Because it wasn’t raining.
A girl who was just learning to drive went down a one-way street in the wrong direction, but didn't break the law.
How come?
She was walking.

At the sound of me, men may dream or stamp their feet.
At the sound of me, women may laugh or sometimes weep.
Music.
What comes once in a minute, twice in a moment, but never in a thousand years?
The letter M.
What does man love more than life,
Fear more than death or mortal strife.
What the poor have, the rich require,
and what contented men desire.
What the miser spends and the spendthrift saves,
And all men carry to their graves?
Nothing.
What belongs to you, but is used more by others?
Your name.
Why are Tooth Fairies so smart?
They gather a lot of wisdom teeth.
My life can be measured in hours.
I serve by being devoured.
Thin, I am quick. Fat, I am slow.
Wind is my foe.
Candle.
Tear one off and scratch my head what was red is black instead.
A matchstick.
A doctor and a boy were fishing. The boy was the doctor’s son, but the doctor was not the boy’s father. Who was the doctor?
His mother.
You've heard me before, yet you hear me again,
Then I die 'til you call me again.
Echo.
I build up castles, I tear down mountains.
I make some men blind, I help others to see.
Sand.
What time does a tennis player get up?
Ten-ish.
Three lives have I.
Gentle enough to soothe the skin,
Light enough to caress the sky,
Hard enough to crack rocks.
Water.
The eight of us go forth not back to protect our king from a foes attack.
Chess pawns.
I drift forever with the current down these long canals they've made.
Tame, yet wild, I run elusive, multitasking to your aid.
Before I came, the world was darker. Colder, sometimes, rougher, true.
But though I might make living easy, I'm good at killing people too.
Electricity.
You saw me where I never was and where I could not be. And yet within that very place, my face you often see.
Reflection.
Reaching stiffly for the sky, I bare my fingers when it's cold.
In warmth I wear an emerald glove, and in between I dress in gold.
Tree.
Whoever makes it, tells it not.
Whoever takes it, knows it not.
Whoever knows it, wants it not.
Counterfeit money.
There are three men in a boat with four cigarettes but no matches. How do they manage to smoke?
They throw one cigarette overboard and made the boat a cigarette lighter.
I am always hungry and will die if not fed, whatever I touch will soon turn red.
Fire.
Say my name and I disappear.
Silence.
If you drop me I'm sure to crack,
but give me a smile and I'll always smile back.
Mirror.
Until I am measured I am not known.
Yet how you miss me when I have flown.
Time.

Are these really the best riddles?

The word “best” is quite relative. Because something that you think is best is not necessarily something others think. This list is based on the riddles that are read the most times and voted on. I hope you liked this list. I will of course add more riddles with time.

Have a good day.