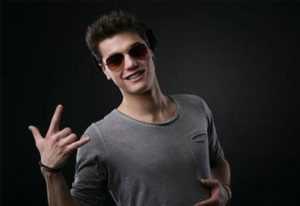 Hey guys. Here is a small but great category with cool riddles. Think you can solve them all without outside help? If not, don’t fret over it. Even the wisest of us can make mistakes and just missing the final clue to solve the most simple riddle. Even the most advanced riddles may have the simplest answers. Good luck to you all.


What has a foot but no legs?
A snail.
Poor people have it. Rich people need it. If you eat it you die. What is it?
Nothing.
What comes down but never goes up?
Rain.
I’m tall when I’m young and I’m short when I’m old. What am I?
A candle.
Mary’s father has 5 daughters – Nana, Nene, Nini, Nono. What is the fifth daughters name?
If you answered Nunu, you are wrong. It’s Mary!
How can a pants pocket be empty and still have something in it?
It can have a hole in it.
In a one-story pink house, there was a pink person, a pink cat, a pink fish, a pink computer, a pink chair, a pink table, a pink telephone, a pink shower– everything was pink!
What color were the stairs?
There weren’t any stairs, it was a one story house!
A dad and his son were riding their bikes and crashed. Two ambulances came and took them to different hospitals. The man’s son was in the operating room and the doctor said, “I can’t operate on you. You’re my son.”
How is that possible?
The doctor is his mom!
What goes up when rain comes down?
An umbrella!
What is the longest word in the dictionary?
Smiles, because there is a mile between each ‘s’.
If I drink, I die. If i eat, I am fine. What am I?
A fire!
Throw away the outside and cook the inside, then eat the outside and throw away the inside. What is it?
Corn on the cob, because you throw away the husk, cook and eat the kernels, and throw away the cob.
What word becomes shorter when you add two letters to it?
Short.

What travels around the world but stays in one spot?
A stamp!
What occurs once in a minute, twice in a moment and never in one thousand years?
The letter M.
What has 4 eyes but can’t see?
Mississippi.
If I have it, I don’t share it. If I share it, I don’t have it. What is it?
A Secret.
Take away my first letter, and I still sound the same. Take away my last letter, I still sound the same. Even take away my letter in the middle, I will still sound the same. I am a five letter word. What am I?
EMPTY.
What has hands but can not clap?
A clock.
What can you catch but not throw?
A cold.
A house has 4 walls. All of the walls are facing south, and a bear is circling the house. What color is the bear?
The house is on the north pole, so the bear is white.
What is at the end of a rainbow?
The letter W!
What is as light as a feather, but even the world’s strongest man couldn’t hold it for more than a minute?
His breath!
What starts with the letter “t”, is filled with “t” and ends in “t”?
A teapot!
What is so delicate that saying its name breaks it?
Silence.
You walk into a room with a match, a karosene lamp, a candle, and a fireplace. Which do you light first?
The match.
A man was driving his truck. His lights were not on. The moon was not out. Up ahead, a woman was crossing the street. How did he see her?
It was a bright and sunny day!
What kind of tree can you carry in your hand?
A palm!
If an electric train is travelling south, which way is the smoke going?
There is no smoke, it’s an electric train!
You draw a line. Without touching it, how do you make the line longer?
You draw a shorter line next to it, and it becomes the longer line.
What has one eye but cannot see?
A needle.
A man leaves home and turns left three times, only to return home facing two men wearing masks. Who are those two men?
A Catcher and Umpire.
Which weighs more, a pound of feathers or a pound of bricks?
Neither, they both weigh one pound!
How many months have 28 days?
All 12 months!

A frog jumped into a pot of cream and started treading. He soon felt something solid under his feet and was able to hop out of the pot. What did the frog feel under his feet?
The frog felt butter under his feet, because he churned the cream and made butter.
A horse is on a 24 foot chain and wants an apple that is 26 feet away. How can the horse get to the apple?
The chain is not attached to anything.
If a blue house is made out of blue bricks, a yellow house is made out of yellow bricks and a pink house is made out of pink bricks, what is a green house made of?
Glass.
What goes up a chimney down but can’t come down a chimney up?
An umberella.
We see it once in a year, twice in a week, and never in a day. What is it?
The letter “E”.
Mr. Blue lives in the blue house, Mr. Pink lives in the pink house, and Mr. Brown lives in the brown house. Who lives in the white house?
The president!
They come out at night without being called, and are lost in the day without being stolen. What are they?
Stars!
How do you make the number one disappear?
Add the letter G and it’s “GONE”
What goes up but never comes down?
Your age!

Cool riddles – How cool are you?

Great, you are through all the cool riddles. Did you solved them all without help? As you all know, I work a lot to get this site as one of those with good entertainment. However, I need your help. Therefore, I would like to ask if you know of some great riddles you think will suit this list. please submit themself. Use the submit form. Together we can make this site one of the world’s greatest.