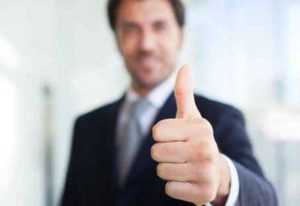 Welcome to the category with the good riddles. I hope you have time for several hours of entertainment. I have specially designed this website for people who are looking for entertainment and fun. This category contains many good riddles that you can share with your family or friends. What are you waiting for? go ahead and remember to enjoy.

What’s bigger than you, but doesn’t weigh anything?
Your shadow.
What invention lets you look right through a wall?
A window.
What asks but never answers?
An owl!
How much dirt is there in a hole that measures two feet by three feet by four feet?
There is no dirt in a hole.
Imagine you are in a dark room. How do you get out?
Stop imagining.
What tastes better than it smells?
A tongue.
What can travel around the world while staying in a corner?
A stamp.
What can you catch but not throw?
A cold.
Take off my skin - I won't cry, but you will! What am I?
An onion.
There is a clerk at the butcher shop, he is five feet ten inches tall, and he wears size 13 sneakers. What does he weigh?
Meat.
What loses its head in the morning and gets it back at night?
A pillow.
He has married many women, but has never been married. Who is he?
A priest.
When is a man drowned, but still not wet?
When he’s trapped in quicksand.
Feed me and I live, yet give me a drink and I die.
Fire.
What has no beginning, end, or middle?
A doughnut.
Before Mt. Everest was discovered, what was the highest mountain in the world?
Mt. Everest; it just wasn ‘t discovered yet.

I'm so fast you can't see me, Though everyone sees straight through me, I don't stop until the day you die. What am I?
A blink of an eye.
What gets broken without being held?
A promise.
What is it that's always coming but never arrives?
Tomorrow.
My head bobs lazily in the sun. You think I'm cute, For my face is yellow, My hair is white, and my body is green. What am I?
A daisy.
Which is correct to say, “The yolk of the egg are white” or “The yolk of the egg is white”?
Neither, the yolk of the egg is yellow.
What has a head, a tail, is brown, and has no legs?
A Penny.
What gets wetter and wetter the more it dries?
A towel.
What room can no one enter?
A mushroom.
I went into the woods and got it. I sat down to seek it. I brought it home with me because I couldn't find it.
A splinter.
What was the President ‘s Name in 1975?
Same as is it now.
What has an eye but can not see?
A needle.
What has six legs, two heads, four ears, two hands, but walks on four feet?
A horse and rider.
There are three men in a boat with four cigarettes but no matches. How do they manage to smoke?
They throw one cigarette overboard and made the boat a cigarette lighter.
I have four legs but never walk I may be covered in flowers but have no soil I hold food three times a day but never eat a meal.
A table.
A doctor and a boy were fishing. The boy was the doctor’s son, but the doctor was not the boy’s father. Who was the doctor?
His mother.
What word in the English Language is always spelled incorrectly?
Incorrectly.
What's a lifeguard's favorite game?
Pool.
The eight of us go forth not back to protect our king from a foes attack. Who are we?
Chess pawns.
What's the first thing a dolphin learns at school?
Her A-B-Seas.
Almost everyone needs it, asks for it, gives it, but almost nobody takes it. What is it?
Advice.
In California , you cannot take a picture of a man with a wooden leg. Why not?
You can’t take pictures with a wooden leg.You need a camera to take pictures.
Name the ugliest tree.
Yew.
Tear one off and scratch my head what was red is black instead.
A matchstick.
What belongs to you, but other people use it more then you?
Your name.
If a farmer has 5 haystacks in one field and 4 haystacks in the other field, how many haystacks would he have if he combined them all in another field?
One. If he combines all of his haystacks, they all become one big one.
Why is it easier to count cows than sheep?
You can use a cowculator.
A girl who was just learning to drive went down a one-way street in the wrong direction, but didn't break the law. How come?
She was walking.
A box with no hinges, latch, or lid. Inside a golden treasure is hid. What am I?
An egg.
If you were running a race, and you passed the person in 2nd place, what place would you be in now?
You would be in 2nd. Well, you passed the person in second place, not first.
What happened when the rubber duckie fell into the bathtub?
It quacked up.
Johnny ‘s mother had three children. The first child was named April The second child was named May. What was the third child ‘s name?
Johnny.
I can run but not walk. Whereever I go, thought follows me close behind?
A nose.
What is at the end of a rainbow?
The letter W.

What is a good riddle?

The simple answer is that a good riddle is one you like. For as we all know, we all have different taste. That is a riddle that you like is not necessarily good because someone else does not like it. This list is built with riddles as the average of the population likes. I hope you liked these, remember you can find many other categories with different riddles here on this site.