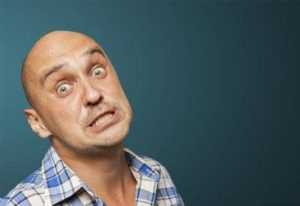 Looking for funny riddles? Then you’ve come to the right place. Here you will find the category with the most funny riddles of the webpage. Maybe you though to exercise your brain, having fun or just a good laugh. They are funny, yes, but some of them are hard to solve. There are corresponding answers to every riddle, press the riddle itself and the answer will appear before you.

I'm so fast you can't see me, Though everyone sees straight through me, I don't stop until the day you die. What am I?
A blink of an eye.
What is the longest word in the dictionary?
Smiles, because there is a mile between each ‘s’
Mary’s father has 5 daughters – Nana, Nene, Nini, Nono. What is the fifth daughters name?
If you answered Nunu, you are wrong. It’s Mary!
What has no beginning, end, or middle?
A doughnut.
What comes down but never goes up?
Rain.
When set loose I fly away, Never so cursed as when I go astray. What am I?
A fart.
What is the longest word in the dictionary?
Smiles, because there is a mile between each ‘s’
What English word has three consecutive double letters?
Bookkeeper.
My head bobs lazily in the sun. You think I'm cute, For my face is yellow, My hair is white, and my body is green. What am I?
A daisy.
A box with no hinges, latch, or lid. Inside a golden treasure is hid. What am I?
An egg.
A dad and his son were riding their bikes and crashed. Two ambulances came and took them to different hospitals. The man’s son was in the operating room and the doctor said, “I can’t operate on you. You’re my son.” How is that possible?
The doctor is his mom!
If you had five mango and two bananas in one hand and two mango and four bananas in the other hand. What would you have?
Very large hands.
How can a pants pocket be empty and still have something in it?
It can have a hole in it.
Why do birds fly south?
Because it’s too far to walk.
What animal keeps the best time?
A Watchdog.
What has a head, a tail, is brown, and has no legs?
A Penny.

Where were English kings usually crowned?
On their heads.
What is always coming but never arrives?
Tomorrow.
Which eight-letter word still remains a word after removing each letter from it?
Starting-Staring-String-Sting-Sing-Sin-In-I.
Tom's mom had four kids: Nickel, Dime, Quarter, and?
Tom!
What has a neck but no head?
A bottle.
A monkey, a squirrel, and a bird are racing to the top of a coconut tree. Who will get the banana first, the monkey, the squirrel, or the bird?
None of them, because you can’t get a banana from a coconut tree!
What's black when you get it, red when you use it, and white when you're done with it?
Charcoal.
Two fathers and two sons go on a fishing trip. They each catch a fish and bring it home. Why do they only bring 3 home?
The fishing trip consists of a grandfather, a father and a son.
What has a head but never weeps, has a bed but never sleeps, can run but never walks, and has a bank but no money?
A river!
When is a man drowned, but still not wet?
When he’s trapped in quicksand.
What loses its head in the morning but gets it back at night?
A pillow.
What can you hear but not touch or see?
Your voice.
You answer me, although I never ask you questions. What am I?
A telephone.
What has 4 legs in the morning, 2 legs in the afternoon, and 3 legs at night?
A person! As a baby you crawl (4 legs), as an adult you walk (2 legs), then when you are older you use a cane (3 legs)
The more it dries, the wetter it becomes. What is it?
A towel!
What has hands but never washes them?
A clock.
What is something you will never see again?
Yesterday.
What starts with “P” and ends with “E” and has more than 1000 letters?
A post office!
Who makes it, has no need of it.
Who buys it, has no use for it.
Who uses it can neither see nor feel it.
What is it?
A coffin.
What is the center of Gravity?
The letter V.
What is round on both sides but high in the middle?
Ohio.
You've heard me before, yet you hear me again. Then I die 'til you call me again.
Echo.
Jack rode into town on Friday and rode out 2 days later on Friday. How can that be possible?
Friday is his horse’s name!
Can you name the two days starting with T besides Tuesday and Thursday?
Today and tomorrow.
What starts with 'e,' ends with 'e,' and contains one letter?
An envelope!
What is the last thing you take off before bed?
Your feet off the floor.
If two’s company and three’s a crowd, what are four and five?
Nine!
What kind of can never needs a can opener?
A Pelican.
A man was cleaning the windows of a 25 story building. He slipped and fell off the ladder, but wasn’t hurt. How did he do it?
He fell off the 2nd step.
I have keys but no locks. I have space but no room. You can enter but can’t go outside. What am I?
A keyboard.
Why should you never iron a 4-leaf clover?
You don’t want to press your luck!
A lawyer, a plumber and a hat maker were walking down the street. Who had the biggest hat?
The one with the biggest head.
What kind of room has no doors or windows?
A mushroom.
What’s bigger than you, but doesn’t weigh anything?
Your shadow.
How many seconds are there in a year?
12. (January 2nd, February 2nd, March 2nd….)
What is next in this sequence: JFMAMJJASON_ ?
The letter D. The sequence contains the first letter of each month.
Paul's height is six feet, he's an assistant at a butcher's shop, and wears size 9 shoes. What does he weigh?
Meat.
Poor people have it. Rich people need it. If you eat it you die. What is it?
Nothing.
What has a foot but no legs?
A snail.
Why is it easier to count cows than sheep?
You can use a cowculator.

Funny riddles for the brain

Did you like these funny riddles? Well here is a video with more riddles, try to solve them. Created by Thomas8april

You have read all the funny riddles. Could you solve them all without looking at the solution first? If not, do not beat yourself up, many of these riddles contain different kinds of traps. Even the wisest will have problems with some of them. I hope you liked these riddles, and hope that you will share them with friends and family. I will eventually add more riddles as I find them and I get them submitted from others like you.