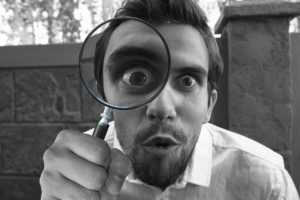 If you love mystery movies, surely you’ll also love solving Detective Riddles. We bet, as a child, you dreamed of being a detective catching criminals and make your place peaceful. We all like detective stories where policemen investigate the most challenging cases. Hence, this mystery game – Detective Riddles are an excellent play to practice your detective ability! Share and invite your friends about these Detective Riddles and enjoy answering the game!

Every day a man used to cross the border on a motorcycle with two bags of sand.

The border officers got a tip that the man is a smuggler.

They checked him and found that he only carried sand.

As they could not find any evidence, they allowed him to cross the border.

What was the man smuggling?

He was smuggling motorcycles.
A man kills his wife with a knife in their car when nobody is around to see.

Then he throws her body out of the car and is careful not to leave any fingerprints on her.

He throws the knife into the ocean where it will never be found and goes home.

Two hours later the police call him and tell him that his wife has been murdered and that he needs to come to the scene of the crime as soon as possible.

When he arrives they arrest him.

How did they know he murdered his wife?

The police never mentioned where the crime scene was.

The fact that the man knew where to go proved that he was guilty.

A man walked in his house.

He was about to hang up his coat when he heard his wife say: “No Peter! Don’t do it!”

There was a gunshot and the woman was killed.

There was a police officer, a doctor, and a lawyer standing next to her.

The woman’s husband knew that the police officer did it.

How did the husband know?

The police officer was a man while the doctor and lawyer were women.
It was a stormy night and a married couple were in a car passing through a foreign city.

The car broke down and the husband had to go get help.

He was afraid to leave his wife alone in the car so he pulled up the windows and locked the car before leaving.

When he came back, the car was in the same state as he had left it but his wife was dead.

There was blood on the floor and there was a stranger in the car.

The wife was about to have a baby.

The baby was born and the wife didn’t survive the birth.

A truck driver is going down a one way street the wrong way, and passes a policeman.

Why is he not caught?

Because he was not driving, he was walking on the sidewalk.
Andy is put in a cell with a dirt floor and only one window. The window is too high for him to reach. The only thing in the cell is a shovel. He won’t be able to get any food or water and only has two days to escape or he’ll die. Andy can’t dig a tunnel because it will take him much longer than two days to do it. How will Andy escape from the cell?
Andy has to use the shovel to create a pile of dirt under the window so he can climb up onto it and escape from the cell.
Marissa and Juliana went out for drinks together. They ordered the same drink. Juliana was really thirsty and finished five in the time it took Marissa to finish one. The drinks were poisoned, but only Marissa died. How?
The poison was in the ice. Since Marissa’s ice had time to melt, she was poisoned but Juliana wasn’t.
A dead female body lies at the bottom of a multistory building. It looks as though she committed suicide by jumping from one of the floors.

When he comes back down, he states that it was a murder and not a suicide. How does he know that?

She couldn’t have jumped from any of the floors because when the detective went to each floor, all of the windows were closed.
A girl is at the funeral of her mother. She meets a nice guy that she didn’t know who also was at the funeral and they hit it off. She was busy at the funeral and didn’t have time to ask him for his number before he left. She tried really hard to track him down, but no one knew who he was or how to contact him. A few days later her sister dies and the police suspect it to be a murder. Who killed her sister?
She killed her sister. She was hoping that if someone else in her family died, the man she met at her mother’s funeral would show up again.
Nicole went to the police to report that someone had stolen her vintage ring. When the police got to her house they notice that the window was broken, there was a total mess inside, and there were dirty footprints on the carpet. But, there were no other signs of a break-in.

The next day, the police arrested Nicole for fraud. Why?

As soon as the police got to the “crime scene,” they knew that Nicole has most likely staged the break-in. The glass from the broken window was all outside of the house, meaning that it had been broken from the inside.

A man has been shot in a car. There were no traces of gunpowder on his clothes. That meant that a murderer wasn’t inside the car while shooting him. There were no bullet holes in the car. Besides, all the doors and windows were closed.
The man was in a convertible. First, a murderer shot him, and then closed the top.
Stan met a stranger whom he’d never seen before. Stan just heard about him and no descriptions of his appearance were ever mentioned. He wasn’t famous. Nevertheless, Stan understood immediately who the guy was.
He was a twin brother of one of Stan’s friends.

John was alone at home and heard that something had fallen in his wife’s room. He entered and saw that her favorite statuette was broken. At that moment someone ran out of the room.

John tried to catch up with the stranger. But in the street the lenses on his eyeglasses fogged up because of cold weather. He could see nothing, giving the stranger the opportunity to disappear.

John told this story to a policeman but he refused to investigate the case. The cop asked him to stop lying and admit that it was he who had broken the statuette.

Yes, it was. John ran out into the street while chasing a stranger. But eyeglass lenses don’t fog up when a person comes out of a warm room and into the cold. He was just afraid to confess to his wife that he had broken her favorite statuette.
Brendon sat in the coffee shop and found a fly in his drink. He asked the waitress to bring him another coffee. After he’d received a new cup and taken a sip he got angry. Brendon realized that it was the same cup of coffee that he had in the first place.

How did he know he had the same cup of coffee?

“The second” coffee was sweet already. Brendon had put sugar in his “first” cup before finding the fly.
Pete called his wife and said that he would be at home at 8. He came at 8:05. They had no special plans but still, the wife was angry because of his being late.

Why did she get so mad?

Pete should have come at 8 p.m., but he came home at 8:05 a.m. the next day.
On the first day of school, someone murdered a history teacher. There were four people at the school that the police suspected had done it: the landscaper, a math teacher, a basketball coach, and the principal. These were their alibis:

The landscaper said he was outside mowing the lawn.

The math teacher said he was giving a mid-year test.

The basketball coach said he was running practice drills with his players.

The principal said she was in her office.

After giving their alibies, the police arrested the killer immediately. Who killed the history teacher and how did the police know?

The math teacher killed the history teacher. He claimed that he was giving a mid-year test, but it was the first day of school. This “simple” math puzzle for children has left the internet stumped.
A serial killer kidnapped five different people and sat them down each with two pills in their hand and a glass of water. He told them each to take one pill but warned them that one was poisonous and the other was harmless. Whichever pill the victim didn’t take, the serial killer would take. Every victim somehow chose the poisonous pill and died. How did the serial killer get them all to take the poisonous pill?
Neither of the pills was poisonous. The poison was in the water that all the victims used to swallow their pill.
A couple went to Hawaii for their honeymoon. Unfortunately, the husband returned home alone because his wife had died in a horrible boating accident. The police contacted the travel agent he booked the trip with and arrested him for murdering his wife. How did they know he did it?
The travel agent revealed that he had only booked a one-way ticket for his wife.
A chemist was murdered in his own lab. The only evidence was a piece of paper that had the names of chemical substances written on it. The substances were nickel, carbon, oxygen, lanthanum, and sulfur. The chemist only had three people come by his lab on the day of the murder: fellow scientist Claire, his nephew Nicolas, his wife, and his friend Marc. The police arrested the murderer right away. How did they know who it was?
There was a very obvious clue on the piece of paper. If you combine the abbreviations of the chemical substances on the paper, you’ll get a name: Ni-C-O-La-S.
A man was found on the floor dead with a cassette recorder in one hand and a gun in the other. When the police arrive at the scene they pressed play on the recorder. It was the man’s voice. He said, “I have nothing else to live for. I can’t go on,” followed by the sound of a gunshot. After listening, the police knew that this was a murder, not a suicide. How?
If the dead man had killed himself, he wouldn’t have been able to press the reverse button on the cassette recorder.

You have reached the end of the road and I hope you, your friends, or family enjoy the compiled Detective Riddles. 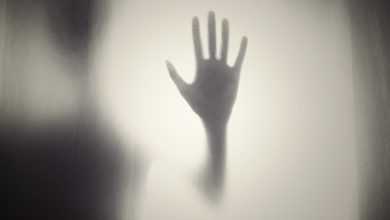