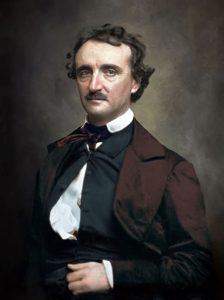 Edgar Allan Poe is an American writer and literary critic best known for poetry and short stories, particularly his tales of mystery and macabre. He is generally considered as the inventor of the detective fiction genre and is further credited with contributing to the emerging genre of science fiction. He was also regarded as the central figure of Romanticism of the United States and of American literature as a whole. (A compiled of the best Edgar Allan Poe Quotes.)

Despite his short and tragic life, Edgar Allan Poe left behind a remarkable literary legacy consisting of poems filled with both mystery and horror. After enduring a life of sickness, losing his parents and his wife, being caught between the rational and irrational due to his fighting with depression and alcoholism, Poe used writing like a medicine that helped him stay sane. His innovative and dark work still shocks and amazes readers and influences authors to this day.

Documentary video of the Life of Edgar Allan Poe

You have reached the end of the road and  I hope you, your friends, or family have enjoyed the life-changing Darkness Edgar Allan Poe Quotes  that bring the best of us and I leave you with this quote of him: “For the moon never beams without bringing me dreams”