Disney Quiz – Disney has a lot of movies that have stolen our hearts, they always come with a good story, teaching, and a happy ending. It is impossible to deny that someone has not seen even one of these great classics, if you are a lover of the magical world of Disney, this time we bring you this Disney quiz that will test your knowledge about the great classics of the industry. Do not feel bad if you do not get some questions correct, since later you will know the correct answer and you will have more knowledge of your favorite movies and characters. Also, make sure to read our articles on some of the funniest Disney pick-up lines through time.

1. Which Disney princess is not royalty:

2. Why do the wolves decide that Mowgli should leave the pack?

– Because they wanted to eat it

– Because Bagheera was not the same

3. What is the name of Cinderella’s stepmother?

4. What is the name of the Son of the Skunk Flower in the Bambi movie?

5. What was the name of the hunter who tries to kill Snow White?

6. At the beginning of the movie, what special event does Ariel miss?

7. According to her mother, what is Rapunzel’s favorite soup?

8. What is the name of the pizzeria that appears in the movie Toy Story

9. What were the names of Princess Aurora’s parents:

10. Who was the one who granted Geppetto’s wish to have a child?

– The genie of the lamp

11. What is the name of the lady’s owners in the lady and the tramp?

12. What was Mushu’s job after being demoted by the ancestors into Mulan?

– illuminate with a flashlight

13. What is the name of the kitten that appears in Alice in Wonderland:

14. What are the names of Wendy’s brothers in Peter Pan?

15. What are Hades’s helpers called in the underworld?

16. What is the first animal that appears in the lion king?

17. What is the end of Yzma in the follies of the emperor

– turns into a cat (correct answer)

– Falls down a waterfall

– stays with the empire

18. What animal does not mention Pocahontas in colors in the wind?

19. What does Prince John do when he gets angry at Robin Hood?

– He eats his nails

– he licks his finger (correct answer)

Funny Questions about the Disney Universe

20. Which animal is not mentioned as one of Prince Ali’s pets during his entrance song:

21. in which part of the castle did the beast hide the rose?

– in the south wing

– in the east wing

– in the west wing (correct answer)

22. Which princess had the fewest lines in her entire movie?

23. What animal accompanied Rapunzel on her trip?

24. What is the name of the prince of the little mermaid?

25. What animal does Yzma turn Kuzco into?

26. How many dwarfs come out in snow white?

27. what was the name of the fairies of Aurora?

28. What was Walt Disney’s favorite scene?

– When the fairy transforms Cinderella for the dance (correct answer)

– The death of Mufasa

– The kiss of Aurora and Phillip

29. Until what time was Cinderella allowed to be at the dance?

30. Why did Mulan decide to replace his father in the war?

– Because his father was sick (correct answer)

– Because it was what she wanted

-Because she was upset with her mother and grandmother

-Because she liked the sword

10 last questions in the Disney Quiz

31. What was Bella’s favorite activity?

32. What was the name of the candelabrum from Beauty and the Beast?

33. What did Ariel have to give up to have legs?

35. What was the name of Cinderella’s stepmother’s cat?

36. How many daughters do King Triton have:

37.How many tentacles did Dory’s friend have in the movie Finding Dory?

38. What place do Carl and Ellie dream of visiting in Up?

39. What was the name of Marlin’s wife in Searching for Nemo?

40. What was the name of the forgotten town where lightning mcqueen is stranded

I hope you enjoyed the Dusney Quiz – If you have Disney Quiz questions we can add please write them as a comment below.

And of course you can always find more about Disney on their official homepage here. 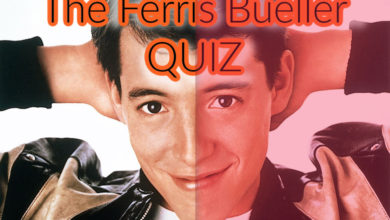