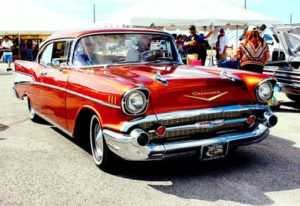 This list is all about Chevy jokes. There has always been a competition, a war, a fight, call it what you will; between those who favor Ford and those who would pick a Chevy. This list for the Ford guys. Remember this is only for fun, I’m not trying to offend anyone with these. If you are interested, I also have a category with Ford jokes. Enjoy.

Here is a funny video with some Chevy jokes.

This videoe was uploaded by “Mikal Shurtz”

Hey guys, if you liked these Chevy jokes, please leave a comment. If you know any good jokes about GM or Chevy you think deserves to be on this list, please submit them. I would like to grow this list and share with so many people as possible. You can submit a jokes either in the comment box or just by going to the submit portion of this website by clicking the submit button in the main menu.